Best Season for scuba diving on the island of Phuket

The months November, December, January, February, March and April are the best for scuba diving on the island of Phuket – this period of the year is called “high season”.

At some point in the month of October the winds coming from the west stop and the wind starts to come from the North-east.  With this sudden weather change the sea stops rolling on to the west coast of Phuket and very quickly the sea becomes flat and calm, the underwater visibility for the scuba divers improves and the best season for scuba diving is under way on Phuket. 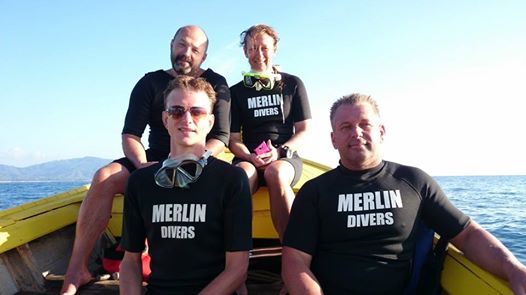 The national parks Similan Islands and Surin Islands are opening up for dive boats. They are off-limits for divers during the monsoon months along the west coast of Thailand. This is to give the dive sites a well deserved rest and also to make sure no boats can get into trouble during he months of May – September which can bring along heavy storms and very high and dangerous waves.

Merlin Divers in Kamala beach is opening up its very popular half day diving season along the west coast of Phuket. The shortest dive trip on Phuket with 2 dives. And Merlin Divers offers the divers long dives; if the air allows we are conducting 60 minutes dives and not only 50 minutes under water exploring like most companies offer on Phuket.

The months November and December usually yield for the best visibility of the season. The water is cooler at the start of the high season – only slightly but 30 – 50 meters visibility is very common in the Similan islands. The longer the season usually the warmer gets and sea and with that the suspended particles will increase and hence the visibly will decrease. But the plankton is the food for some of the attractions for scuba diving in Thailand in the Andaman sea – whale sharks and lots of Manta rays can be encountered.

What to know more about scuba diving in the best season on Phuket feel free to contact Merlin Divers: